General Shavendra Silva, Chief of Staff of the Armed Forces and Commander of the Army at the invitation of the Headquarters of the Security Forces – Jaffna (SFHQ-J) inaugurated on November 3 in Jaffna a series of megaprojects of national and social importance.

Upon his arrival at Palay airport, Major General Jagath Kodithuwakku, Commander of the Security Forces – Jaffna gave him a warm welcome and drove him to the premises of the SFHQ-J. When he entered, a pass greeted him before he was invited to the parade ground. Subsequently, the parade commander reported the day’s parade to the visiting army chief who examined it in accordance with military formalities before the honor of the guard of honor, granted on his behalf by the troops of Sri Lankan light infantry be taken from the special stage.

During the meeting that followed, Major General Kodithuwakku presented the visiting General Silva with a detailed account of current developments, security concerns, community development roles, nation-building projects and other areas of concern in the north. At the end of the interaction, her visit was made memorable by the fact that they all posed for a group photo at the SFHQ-J premises.

A few minutes later, the visiting Chief of Defense Staff and Commander of the Army addressed the officers of the three armies and other ranks serving the Jaffna Peninsula under the command of the SFHQ-J. In his remarks, the commander stressed the importance of the special tasks that all troops of the three armies are engaged in on the peninsula and thanked them all for maintaining the status quo soon after the troops eradicated terrorism from the country.

â€œDifferent elements in the north in order to meet their agendas and other benefits are doing their best to change the mentality of the common masses living in the peninsula, but the Tamil community here is well aware of the tireless services rendered by all of you despite their words are misleading and the troops, undeterred by such attempts, continue to pay the same attention to the masses of Jaffna, as they have done even during the period of humanitarian operations. While showing the dignity associated with your work, you have done a tremendous service here, â€General Silva said.

â€œDuring the recent peak of the COVID-19 pandemic, all of you, without taking any time off or considering the severity of your own risks, involved in controlling its spread, sacrificed a lot to maintain quarantine centers and establish makeshift camps, ICCs, lockdown restrictions. , isolation areas, roadblocks and also by introducing a unique quarantine process, quite peculiar to Sri Lanka. Most importantly, the national immunization project, now a success at all levels, was actively carried out by you. Despite these burning demands, you have carried out ground patrols, apprehended narcotics and illegal smugglers, controlled anti-social acts and contributed to peaceful coexistence in the region by erecting houses for the needy, supporting schoolchildren, civilians for the ‘supplying drinking water and medical clinics and providing all possible support for their livelihoods in a remarkable way, for which I am grateful, â€said the Chief of the Defense Staff and Commander of the army.

Claiming that Air Force and Navy personnel in the peninsula also play an important role, Gen. Shavendra Silva said that once operations in the KKS port begin in the near future, their roles would be multiplied and services would be more sought after. “All of these projects among the tri-services have been made possible thanks to the unfailing support of the President, the Prime Minister and the Secretary of Defense, who is also a veteran military officer who knows more about you,” a- he added.

After some time, the guest of honor of the day was invited to inaugurate the new office complex and officers’ mess of the 7th Regiment of the Sri Lanka Army Women’s Corps (SLAWC), housed in Palaly. The Army Commander, along with Commander SF-J and the Commander of 7 SLAWC unveiled plaques and heated the two new buildings amid religious blessings. The new office complex and officers’ mess remained a long-standing need of 7 SLAWC after the battalion was moved to this new location as directed by Commander SF-J in the recent past.

The general officers commanding the 51, 52 and 55 divisions, the FMA commander (North), the brigade commanders, the senior officers, the commander and the troops of 7 SLAWC were also present at the inauguration ceremony.

The second leg of the itinerary included the official handover of the Electrical and Mechanical Engineers of Sri Lanka (SLEME) – refurbished vehicles, the distribution of carbon dioxide manure produced by the army and young coconut and palmyrah trees. , the acquisition of new houses built by the army for civilians and a few other projects. 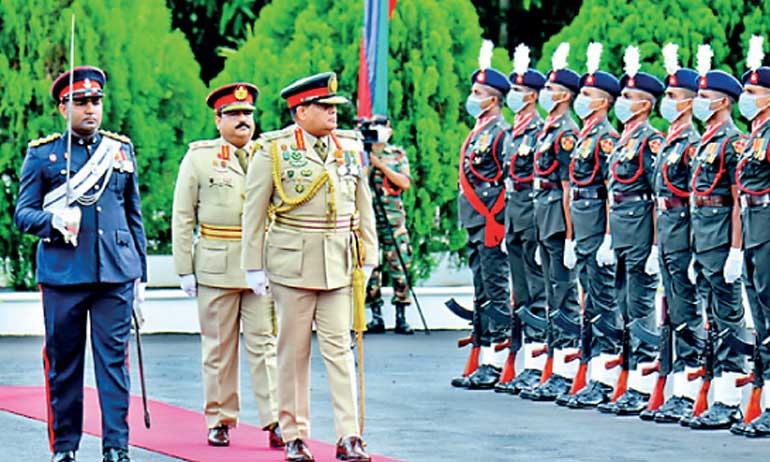 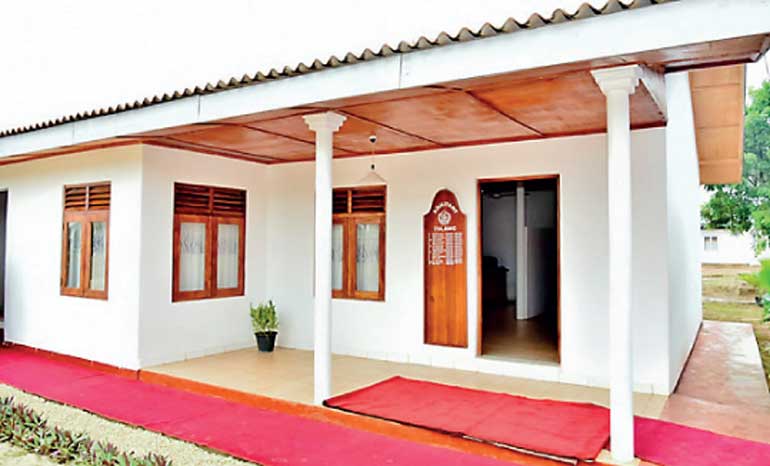 HE the Deputy Foreign Minister for Regional Affairs, Dr. Mohamed bin Abdulaziz bin Saleh al-Khulaifi, welcomed the directives of His Highness the Amir Sheikh Tamim bin Hamad al-Thani to provide a contribution from Qatar worth $60 million in support of the Lebanese army, emphasizing that Qatar will spare no effort to always help the brotherly […]

Reaching out to veterans of the armed forces in a personal message, Southern Army Commander Lt. Gen. JS Nain urged them to exercise restraint during festivals to avoid being hit by a new wave of Covid-19 cases. In a letter to veterans, Lt. Gen. Nain said: â€œAs I review the status of Covid-19 cases in […]

IN THE list of 29 servicemen who received the Param Vishisht Seva medal this year, 27 are three-star officers from the three services and one is a two-star army officer. One name that stands out in the list is that of a 24-year-old Subedar, who was not awarded for a military role but for the […]